Is Dancing a Genetic trait!?

April 29, 2022
Dancers are more likely to have variations of two genes involved in the transmission of information between nerve cells, according to the researchers. One of the genes discovered is a serotonin transporter, a brain transmitter involved in spiritual experiences. According to a study, dancers have consistent variances in two important genes when compared to the general population. Both genes have a role in information transfer between nerve cells. The serotonin transporter controls the amount of serotonin in the brain, which is involved in spiritual experiences and a variety of other behaviours. In numerous animal studies, the vasopressin receptor has been demonstrated to affect social communication and affiliative bonding behaviours. Both are components of dance, a centuries-old human social expression. One of the most essential principles of evolutionary biology is that we inherit traits and qualities from our distant ancestors, but this does not guarantee that we require them to
Post a Comment
Read more

CAN WE IMPROVE OUR EPIGENETICS!?

April 22, 2022
A genome is a collection of genes that you inherited from your parents. Your DNA serves as a permanent blueprint for your body that you cannot alter. It has a significant impact on the development of numerous diseases, including cancer, diabetes, and obesity. However, factors like as nutrition and lifestyles, which are within your control, can alter how these genes are used in the body, a process known as gene expression. This is similar to two houses built from the same blueprint that are fundamentally identical but appear to be different due to siding and landscaping differences. The changes in gene expression caused by nutrition and lifestyle are referred to as epigenetic , which means "above the genome." Because some epigenetic alterations can be handed down to offspring, your diet and lifestyle choices can have an impact on future generations. Your body can adjust how much specific genes are expressed in two ways when you eat a healthy diet and exercise regularly
Post a Comment
Read more

How does epigenetics affect human development? Early experiences can have lifetime consequences, according to epigenetics. Children inherit information from their biological parents in the form of genes that control their development. For instance, how tall they might grow or what kind of temperament they might have. According to new research, environmental factors might alter whether and how genes are expressed. Early experiences, scientists have discovered, can influence how genes are turned on and off, as well as whether they are expressed at all. As a result, the notion that genes are "fixed in stone" or that they alone determine development has been debunked. It's no longer a question of nature versus. nurture—almost it's always both! During development, chemical markers collect on the DNA that makes up our genes, determining how much or little of the genes is expressed. The " epigenome " is a collection of chemical signatures. Chemical markers are rearranged as a result of the many experience
Post a Comment
Read more

April 08, 2022
Human Genetics Variation The genetic differences in and among populations are referred to as human genetic variation. Polymorphism refers to the fact that any given gene might have numerous variants (alleles) in the human population. Genetically, no two people are alike. Due to mutations that occur during development and gene copy-number variation, even monozygotic twins (who grow from the same zygote) have occasional genetic differences. Techniques like genetic fingerprinting rely on differences between people, even those who are closely related. There are 324 million identified variations from sequenced human genomes as of 2017. The average variation between an individual's genome and the reference genome was 20 million base pairs in 2015. There are at least three reasons why populations have genetic variety. If an allele confers a competitive advantage, natural selection may offer an adaptive advantage to individuals in a certain environment. Alleles that are under selection
Post a Comment
Read more

Is it true that identical twins are genetically identical? 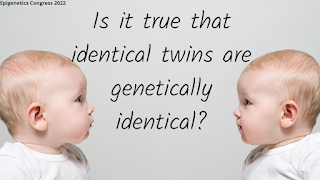 It's a basic premise of human biology that's taught in elementary schools all across the world: Identical twins are genetically identical since they are born from the same fertilised egg. It's true that identical twins have the same DNA code as one another. This is due to the fact that identical twins are made out of the same sperm and egg from their father and mother. (Fraternal twins, on the other hand, are made up of two different sperm and two different eggs.) Normally, the egg and sperm combine to form an embryo, which then develops into a human infant. Identical twins, on the other hand, divide into two embryos early in development. Instead of one baby, two are produced. According to new research, even if identical twins have highly similar genes, they are not identical. The research sheds new light on why two people who share the same embryo can have such disparities in phenotype, as biologists refer to a person's physical appearance. While the two newborns h
Post a Comment
Read more

Difference between Genetics and Epigenetics 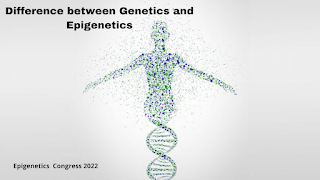 Epigenetics is the study of how the environment and other factors influence the expression of genes. While epigenetic modifications do not modify a person's genetic code, they can have a significant impact on their development. Epigeneticists study the mechanisms that influence gene activity. Genetics is the study of genes and the variation of characteristics that are influenced by genes—including physical and psychological characteristics. All human traits, from one's height to one's fear of heights, are driven by a complex interplay between the expression of inherited genes and feedback from the environment. Gene studies are divided into two categories: genetics and epigenetics. The main distinction between genetics and epigenetics is that genetics is concerned with genes that control body functions, whereas epigenetics is concerned with inheritable changes in organisms produced by changes in gene expression. Genes are the fundamental components of heredity that trans
Post a Comment
Read more